Aberdeen is an internationally-recognised business centre with globally-competitive industries particularly in energy and renewables, food, drink and agriculture. It has two leading universities and internationally significant research centres.

As Lord Provost I’m very proud that Aberdeen is a cosmopolitan city and offers a fabulous quality of life for all ages. It has a fabulously diverse population from across the UK and overseas. In fact, at the time of the 2011 Census, 15.9% (35,436 people) of Aberdeen’s population was born outside the UK. The respective figures were 5.9% (15,047) for Aberdeenshire and 7.0% (369, 284) for Scotland.

The 2011 census also revealed that the top ten languages (other than English) used at home by the population of Aberdeen are: Polish, other UK languages (including Scots), French, Chinese, Russian, Spanish, German, Arabic, Malayalam and Yoruba.

As Lord Provost and Lord-Lieutenant (Her Majesty The Queen’s representative in Aberdeen) I am in the very privileged position of meeting people from around the world almost on a daily basis.

Being Lord Provost to me means that wherever I go I am an Ambassador for Aberdeen and its citizens – whether in the city, visiting other areas of the UK or abroad.

As Lord Provost (May 2017) I have been honoured to meet diplomatic and other representatives from Australia, Belarus, Brazil, Canada, China, Denmark, India, Italy, Japan, Kenya, Malaysia, Norway, Poland, Republic of Korea, Switzerland and the USA.

During the course of a week local groups, tourists from across the UK and abroad visit go on tours of the Town House. Whenever I’m in my office and there is a tour taking place I will try diary permitting to pop along to meet those on the tours and say hello.

Perhaps if you take a tour of the Town House you might see me during your visit.

Here are some photographs of some of the visitors I’ve met since becoming Lord Provost. 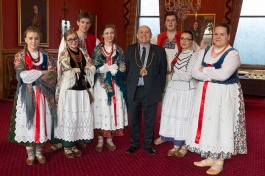 The Lord Provost with Polish musicians and performers from the University of Kazimeiz, who were in the city for Aberdeen Poland Festival.

Lord Provost with children from a number of schools in Gomel, Belarus. 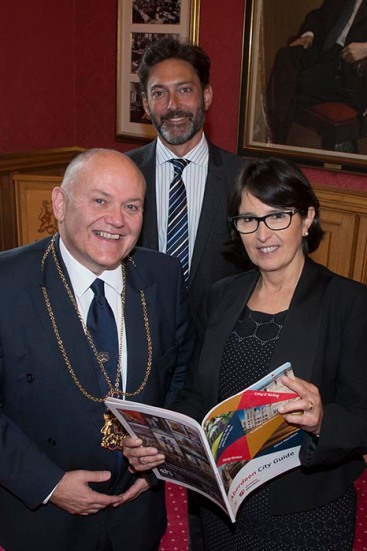 The Lord Provost with His Excellency Vijay Rangaranjanm, Ambassador to Brazil and Solange Guedes, E&P Director, Petrobas, during Offshore Europe 2017. 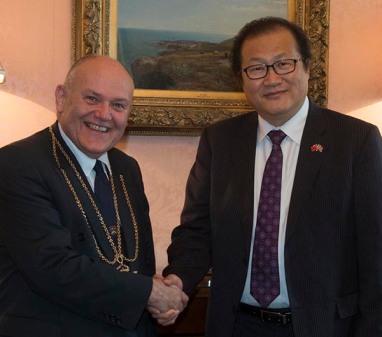 The Lord Provost with the Chinese Minister of Commerce Jin Xu. 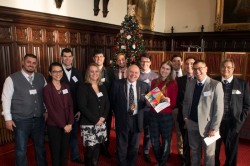 The Lord Provost with Flavia de Castro, Dept for International Trade, and delegates at seminar for businesses interested in working in oil and gas industry in Brazil. 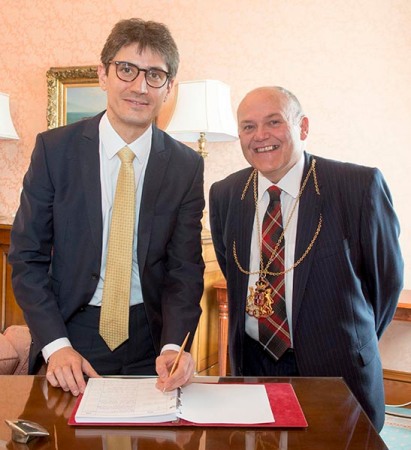 The Lord Provost with Robert Foietta, the Honorary Consul General of Italy.

The Lord Provost met with Kenya’s High Commissioner, His Excellency Lazarus O. Amayo during a business trip to Aberdeen.

The Lord Provost with children from a number of schools from Gomel, Belarus. 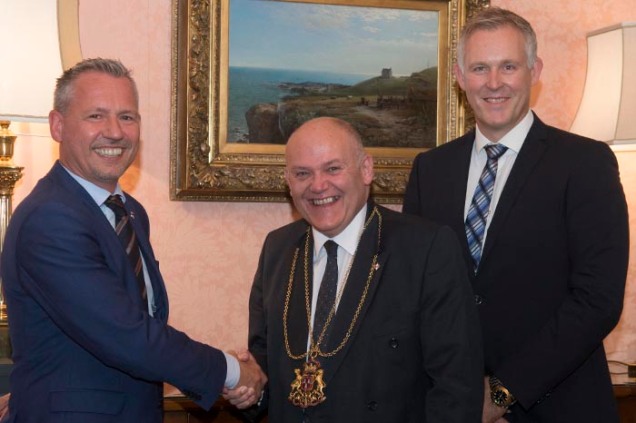 The Lord Provost with the Mayor of Alstahaug Bard Anders Lango and the Chief Executive of AlstahaugBorge Toft.